Two teetotallers cannot be trusted to attend a booze tour. We should know better. We don’t. So we decide to do two things that are a ‘must-do’ on the Dublin bucket list. We decide to go to the Jameson Whiskey Bow Street Tour and the Guinness Storehouse Brewery Tour.  Hey – just cause we don’t drink doesn’t mean we should miss out on all the fun. But is it fun if you’re not drinking?

I don’t know why they call this a brewery tour, because it feels more like a Guinness Museum. We’d pre-purchased our tickets online. The price of the ticket varies depending on the time and date. Why? I have no idea. Although our ticket came with an allocated time, we went in close to half an hour before it was our turn.

So we head to the first floor where there’s a glass circle with Guinness’ very first lease inside it. After a brief and boring 2 minute introduction, we were on our own. It was super duper crowded with waaaaay too many people (and their kids). Why people would bring their children to a place like this is beyond me, but hey.

The Guinness Storehouse felt like a really big hipster-friendly pub with a bit of education… If you were sober like us, it wasn’t that much fun. We had to hustle with people the whole way. It was hard to do well… just about anything. There was a loooong queue at the tasting room that stretched on for close to an hour. When we finally got to the top for our complimentary pint there was another massive queue and no place to sit. The lifts were constantly occupied.

Why this place is so popular is beyond me. Is it for the Guinness? Tastes like medicine if you ask me.

Back in the day when I used to drink, whiskey was probably my favourite – next to red wine. To me – it was never about the taste. It was about the smell and the sensations – which let’s face it – are simply and utterly warm, delightful and divine. Being at Jameson Distillery reminded me about all the things I once loved about alcohol.

Again – I pre-purchased our tickets online. Unlike Guinness Brewery, this was an actual tour guided by a very lovely and knowledgable lady. The whole thing was like the adult version of the National Leprechaun Museum with a bit of whiskey at the end. 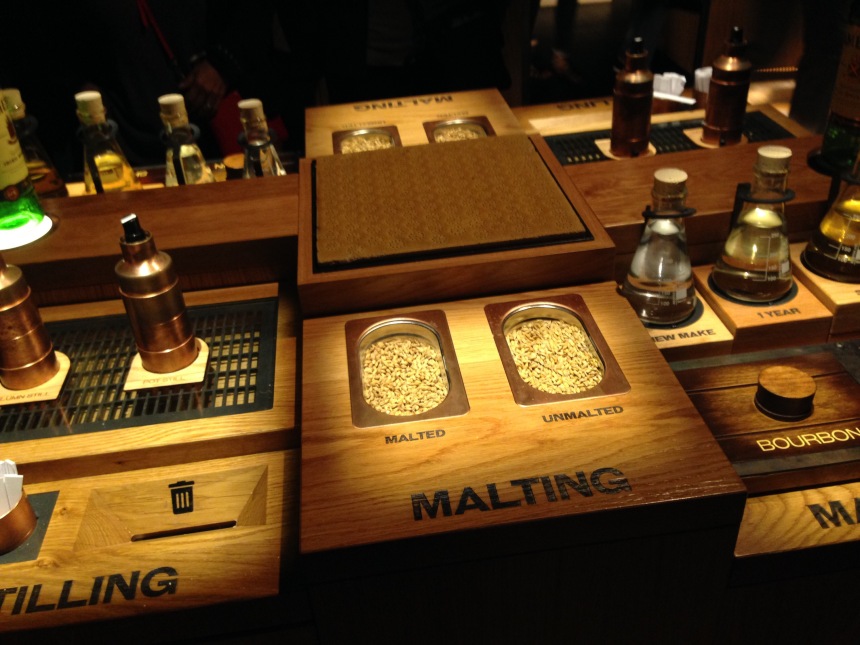 I learnt a snippet of the distillation process. I also sampled a small thingy of Jameson Whiskey alongside Black Label and Jack Daniel. I liked the Jameson best. I think there was a reason why those three were paired together. The Black Label was harsh and strong compared to the Jameson. And the Jack Daniel – well let’s say it tasted sweet and cheap-ish rubbish to my palate.

I was really digging the whole Whiskey Drinkers of the Round Table set up they had going. I approve. Admission is 20 Euros. And – it’s teetotaller approved. 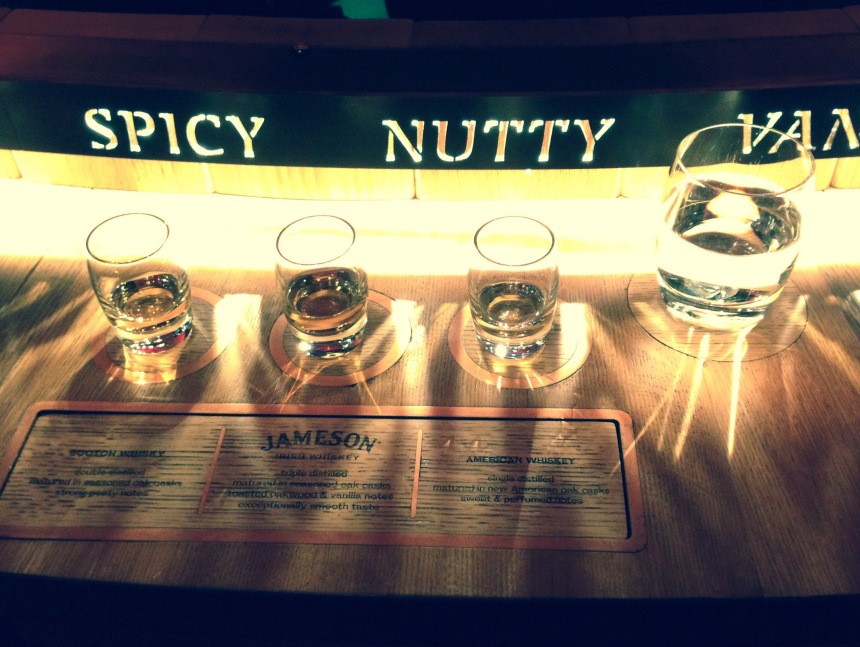 The two teetotallers drank a little. Can’t say I liked it. But… Nay to the Guinness and yea to the whiskey. At least the latter smells good.