The Kansai area and I go way back. Think around 80 years or so. When you’ve got family history, you’ve got family history. In addition to that, I also have my own personal history. When I first arrived in Japan three years ago, the Kansai area was where I did my training. I have some bad bad memories of that experience. In hindsight, I’m surprised I didn’t pack my bags and go home. But then again – I’m not that kind of girl. Few months after that, I would be be back in the Kansai area. The second time was for personal reasons. And once again – there were more bad memories.

So when I found out that I was coming back to the Kansai area for a business trip, I crinkled and raised my eyebrows at the same time. It wasn’t on my plans. But when life is ready to bring you full circle, it will do it with a big smile on its face.

This blog post is a little late – mostly cause I worked ridiculously long hours whilst I was in the Kansai area and have continued to work ridiculously long days since coming back. I finally had a day off today so I spent the whole day lazing around in my futon and watching episodes of my current favourite TV series Merlin. It’s a very addictive show.

But as I lie here in my futon, I can’t help but feel that my home and I are strangers. I spend so little time here that it doesn’t even feel like one. To think I still have to clean the house, pack my bags and get on a plane tomorrow. Oh dear… this last minute packing business is getting worse and worse by the decade.

ANYWAYS, here were the two highlights of my Kansai business trip.

No trip to Kyoto is complete without a trip to this shrine that is famous for its tori gates which go on and on for some four kilometres. 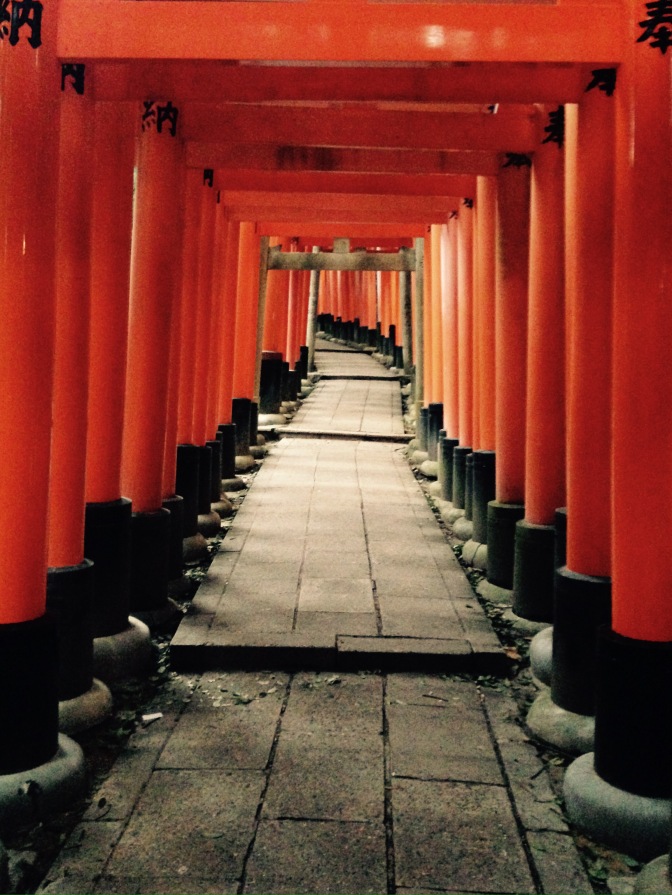 The shrine is dedicated to Inari, an agricultural kami. In case you’re wondering – the fox kitsune itself is not the kami itself, but a messenger of the kami. The Inari themselves are represented as male, female, or androgynous or as a collective of the above. 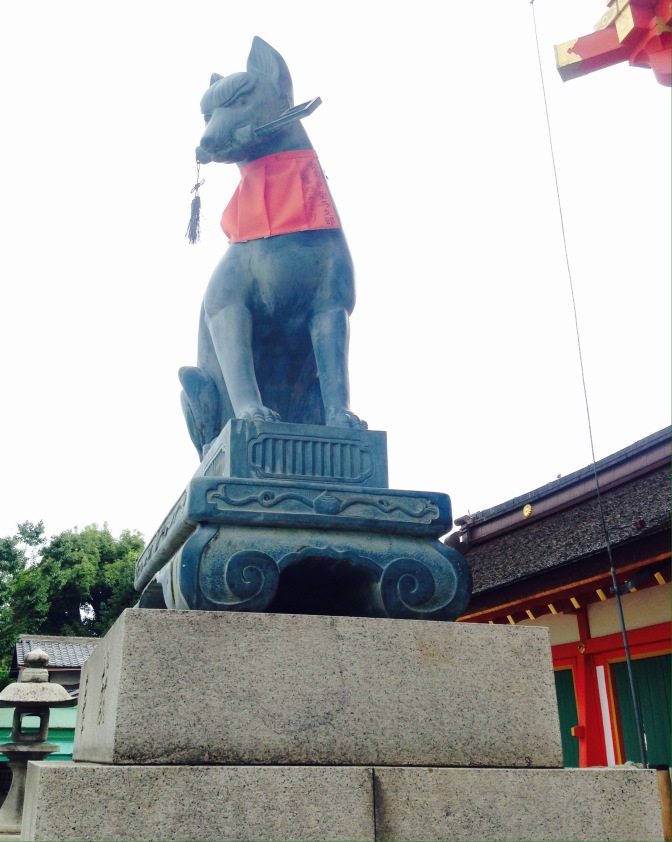 The shrine itself is a bit of a mini hike – something that surprised me when I first came here in winter over two years ago. To get to the top, you have to do the long, beautiful and orangey-red scenic gated walk up up up the mountain. 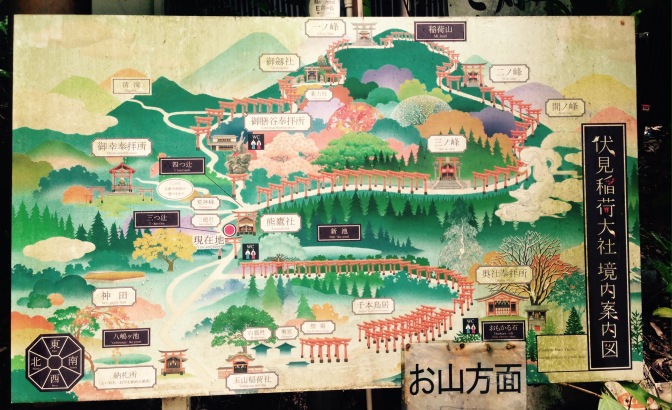 The first time I did it – it was winter and I had a terrible cold so I suffered through the whole thing. The lousy company didn’t help. But this time around – the whole experience was rejuvenating. I started around 9am and was back down by 11am. I brought a hat, sunglasses, water, sneakers and sunscreen with me. There were loads of other ‘hikers’ around as well. I was surprised to see so many women in heels – err… why?

When I reached the top, I realised that I was no longer the person that I was when I came to Japan. But I also felt that deep deep down – I hadn’t changed at all. It was a strange feeling of deja vu, hope, nostalgia, faith and pure beauty all in the same moment. 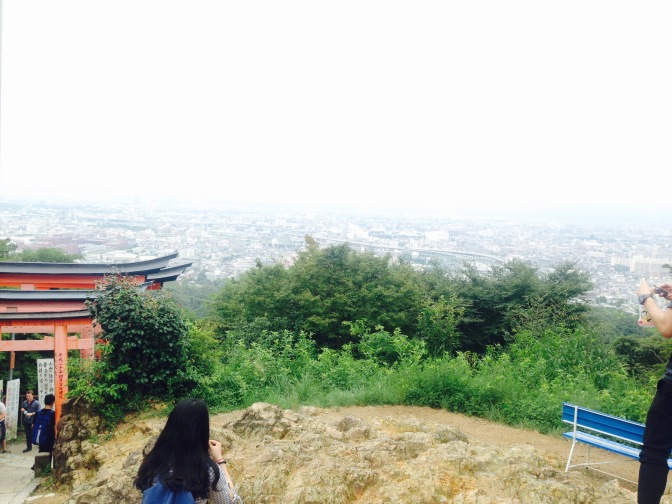 And then I got hungry.

Hey – when you’ve walked that much – you eventually need to eat. And for me – I wound up at Abedon in the Tennoji area of Osaka. 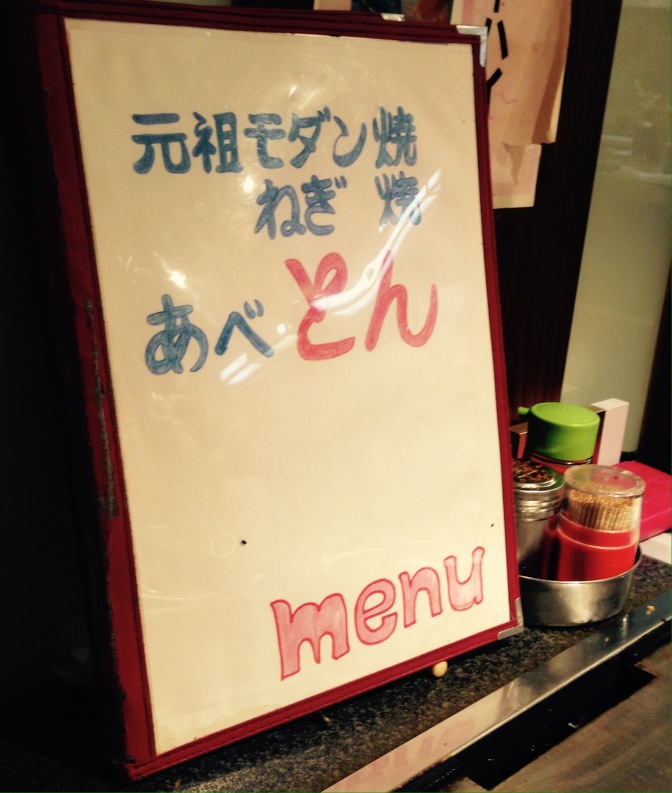 And no – I didn’t find it on Google maps – which by the way is utterly useless for finding so many things… I had a belly that wanted yummy yummy food and had every intention of getting it. So I decided to do things the old-fashioned way.

“Excuse me,” I say in Japanese. “Is there a good okonomiyaki place around her?” 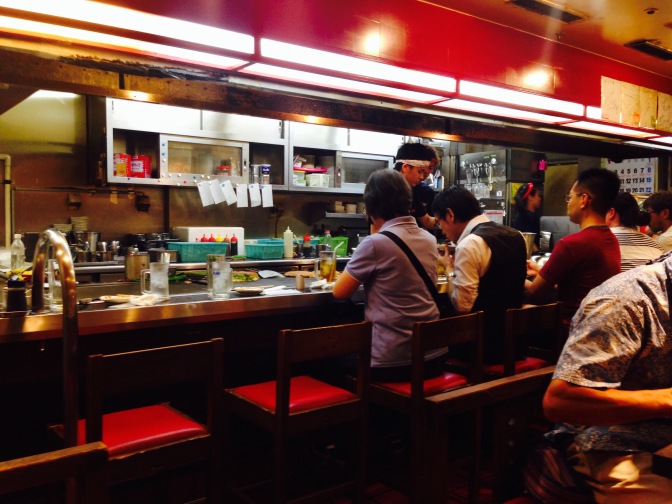 The next thing I know, my colleague and I are sitting in some random place in the basement of some sketchy looking underpass. The restaurant’s crowded and there’s a line outside the door. I’ve had okonomiyaki HUNDREDS of times since coming to Japan – but the food here at Abedon is just different. They’ve got their own original slant on the recipes and whilst it confused my palate at the beginning – I must say… it kinda grew on me. 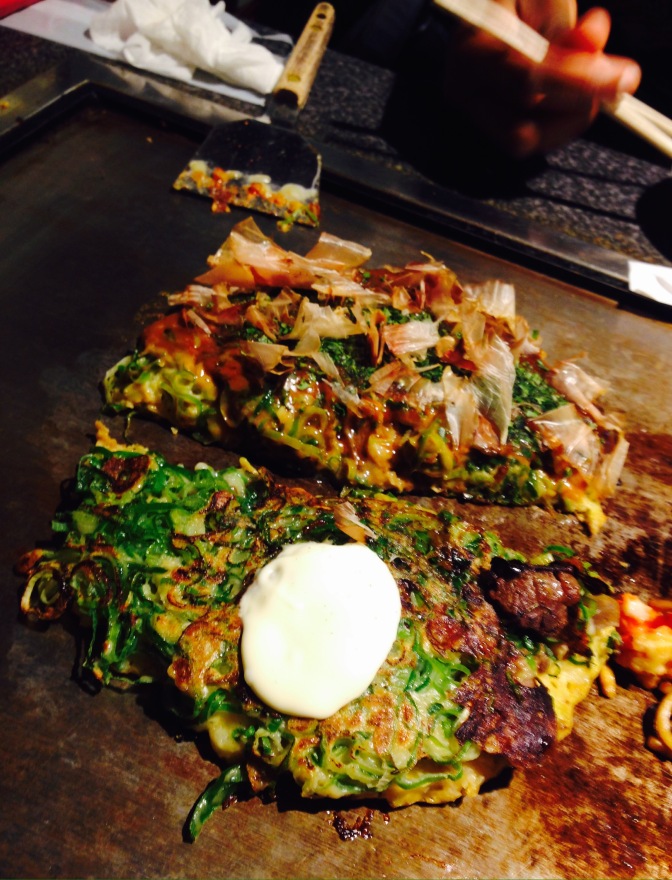 But still – the highlight of the meal was the yakisoba. I’m usually not a yakisoba kind of person because I don’t like sweetish boring noodles, but the one here was just mmm mmm mmm. Cheesy, yummy, delicious and just WOW. It was like a noodle pizza type thing. I highly approve. 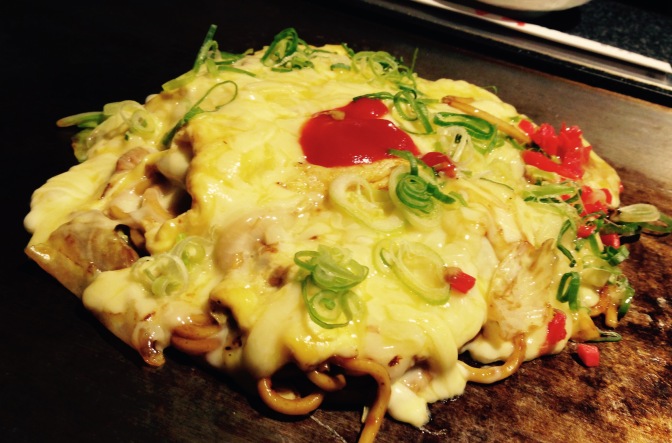 Kansai area – you have been good to me. Perhaps there will be a next time and perhaps there won’t. But till then – I have a bag to pack, a house to clean and a plane to catch.