I reentered the business world in March 2019 after a twelve year hiatus. The decision coincided with the end of my teaching career. I don’t consider myself particularly corporate. I’m in the book business–which comes with its own set of idiosyncrasies that is different to other businesses I’ve studied over the years. The amount of time, effort and energy it takes to gain mastery in the literary world is not to be underestimated.

Even now, a part of my role is very school teacher-ish. Studying, reading, editing, holding workshops, training and the like. The skills that I developed as a teacher have unexpectedly come in handy. The other day someone asked me how long it takes to become a good editor. When you’ve spent four years of your life marking students essays, it’s a skill one develops naturally.

But the truth is, I’m done being an educator–I’ve left that part of me behind. I’m embracing the new me–the one that’s an entrepreneur.

Education and the Economy

There’s a lot that goes on behind-the-scenes as I do what it takes to keep the whole machine functioning as a business. The corporate world has a reputation for being cold and heartless–for treating people like cogs in a machine and extracting value from them for the purpose of profit. Is the capitalist system really as toxic as it is made out to be?

I’ve seen the grass on the other side and it isn’t greener.

As someone who worked in education for years, I think tenure in the teaching profession has made it stagnant, resistant to change and behind-the-times. It is why the education system does such a poor job of preparing students for the ‘real world’. When faced with real decisions with real consequences, fresh graduates have no idea what to do. Being late on a school assignment is one thing, but being late when there is a business at stake puts the whole team in jeopardy.

I spent this evening with Leonie Dawson’s 2020 My Shining Year Business Goals Workbook. Whilst this book is targeted towards women entrepreneurs, the concept of having SMART goals is integral to life itself. No matter which organisation I’ve worked in–setting smart goals and checking in with them is a regular rite of passage.

I’ve even held numerous of these trainings myself. It can be a frustrating exercise for many–to have goals and dreams and yet no clue how to reach them. This is when the ‘why’ becomes more important than the ‘how’. The ‘how’ can be learned, the ‘why’ is what will keep you on track when you become frustrated with the ‘how’. 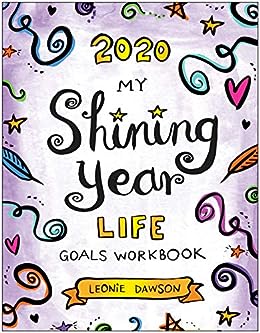 The Seven of Pentacles

I’ve been reading tarot cards for years now. Recently, I discovered a newfound relationship with the Suit of Pentacles–in particular with the Seven of Pentacles. All that hard work and not knowing when any of it will manifest can be extremely exasperating. Every business owner reaches a point where they realise it is all too much and they have no idea what possessed them to start a business in the first place.

The business is an entity that is separate to its owners and has its own needs and requirements. In accounting, a business is described as a going concern. Unlike a human being, whose life ends with its passing, a business truly does have a life of its own. It can live on long after the owner passes.

The individuals who join the business later in its life cycle have no clue what owners went through at the startup phase. And my business is still in its startup phase. Most people I meet have no idea what it takes to truly build something from the ground.

“Connections are made slowly, sometimes they grow underground.

You cannot tell always by looking what is happening.

More than half a tree is spread out in the soil under your feet.

For every gardener knows that after the digging, after the planting,

after the long season of tending and growth, the harvest comes.”

–Marge Piercy’s The Seven of Pentacles