‘That’s great that despite living abroad you still follow our Hindu traditions.’

‘How come you know so much about our customs?’

‘Can you speak Hindi?’

‘How do you manage to maintain your roots outside India?’

‘The author has clearly not forgotten her Indian heritage as evidenced by the themes in her novel.’

These are some of the common comments and questions I’ve heard from Indians – both overseas Indians and those born-and-bred in India. In this post, I would like to tackle some of these statements. Not out of any irritation on my part, but merely to share my own experiences as a Singaporean Indian.

I’ve been a minority my whole life. In Singapore, I’m Indian. In India, I’m Singaporean. In Britain, I’m Asian. In Japan, I’m a gaigokujin. Foreigner. The essence of who I am is truly lost in all the labels that people keep giving me. I went to the National Gallery in Singapore last weekend, and the docent told me – ‘Enjoy the rest of your stay here’. No, the comment did not annoy me. To be honest, I thought it was quite amusing.

Our preconceived notions about who and what people are can be startlingly different from the truth.

So let’s tackle some of those comments and questions.

‘That’s great that despite living abroad you still follow our Hindu traditions.’

I know that this is often said as a compliment.

I’m a fifth-generation Singaporean. I grew up in what I would describe as a conservative traditional Gujarati household. My great-grandfather and mother spoke to me in Gujarati growing up. I also learnt Bharatanatyam for eight years. My early years provided me with a solid foundation of my roots.

Both my great-grandfather and mother are deeply knowledgable about Hinduism – our customs, our vidhis, and our practises. Unlike the ‘item number songs’ that one sees in Bollywood movies, Bharatanatyam is a classical dance that centres around religious themes and spiritual ideas. In addition to learning the dance itself, there is also a theory component where I studied Shaivism, Vaishnavism and Shaktism. 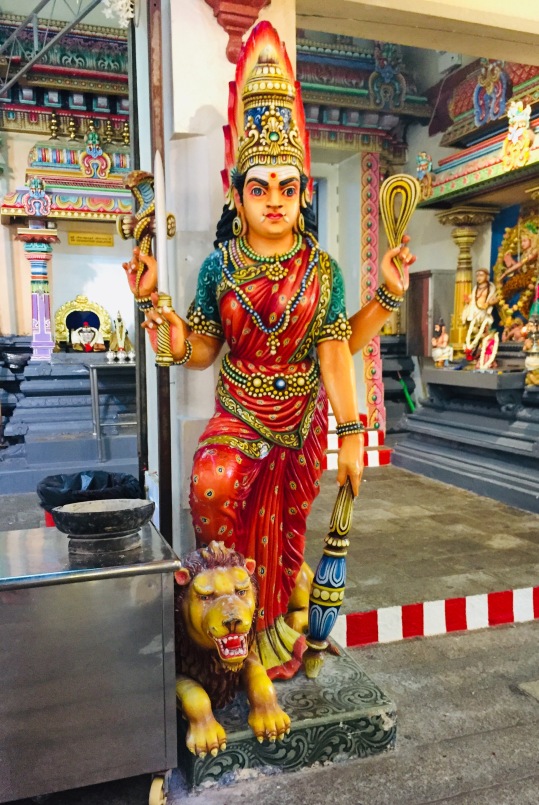 We do not lose who we are by moving abroad. We only lose that if we forget our roots or fail to pass them on to our children. For me personally, I know that when we live overseas, we have to make more of an effort to keep our customs alive as these are not practises that are shared by the general population.

We do not have to move abroad to lose our roots. I’ve met plenty of people who blindly follow rituals without knowing what they mean.

‘Can you speak Hindi?’

Sort of. Maybe. Not really.

I don’t really watch TV or movies – English or otherwise. Everyone has their interests and for me sitting in front of a screen is simply not my cup of tea. I can understand colloquial Hindi… but I won’t claim to speak it fluently. Although when I did visit India, I did manage somehow. I would just use the Gujarati word when I couldn’t remember (or didn’t know) the word in Hindi. People just thought I was being funny.

And let’s not forget that many Indians do speak English. This is not the case in monolingual countries like Japan and China. I speak from personal experience.

As a former language teacher, I’ve always believed – if you don’t use it, you lose it. And I for one have never really had anyone to speak Hindi with. I also didn’t study Hindi at school as many Indians do. Having said that, I do enjoy Hindi music – and no, not the item numbers.

Gujarati, on the other hand, I do feel a special connection to. After all, it is how I communicated with many of the elders in my family. Growing up in Singapore, it was nice having a secret language that not many people could understand. In the rare occasion that I did hear someone speaking Gujarati, I would smile to myself and quietly think, ‘One of us!’

‘How do you manage to maintain your roots outside India?’

Hinduism as it is practised in India is different from how it is practised in Singapore. Having said that, it is still practised. According to statistics, 5% of the Singaporean population is Hindu, and many Hindu temples can be found all over the city-state. My personal favourite is Sri Mariamman Temple. My grandfather used to go there and I do, too.

Many customs that are no longer practised in India still live on in Singapore as these were the customs that immigrated along with the Indians who immigrated to Singapore at the time. Since 1840, the annual Theemithi (firewalking) Hindu religious practise has been taking place at Sri Mariamman Temple. It is a religious practise where Draupadi – the heroine of the Mahabharata – is venerated a Mother Goddess. 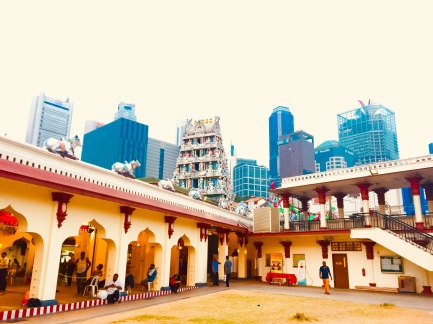 Having said that, many of our customs have to be adapted due to context as well as legal reasons. For instance, it is currently Shradh, and those observing the practise are recommended to feed the crows, cows and dogs as a form of charity. I have no idea where to even find a cow to feed in Singapore. Feeding birds like pigeons and crows is forbidden by law. I also haven’t seen a stray dog in Singapore in years. If you’d like to feed the dogs, you’ll have to go to a dog shelter and make an appointment to do so.

This is when believers have to take a step back from the rituals that are performed and return to the ‘spiritual essence’ of the practise. In my post on The Spiritual Essence of Shradh, I discussed the concept of tarpan-arpan. It is something you can do with a clean heart and sincerity regardless of where you are located. After all, the origin of the meaning of the word Shradh is combination of two Sanskrit words ‘Sat’ meaning truth and ‘Adhar’ meaning basis.

Shradh is an act that is performed with all sincerity and faith.

I was born into my faith.