Like the Fool in the tarot deck, I came to Japan with a certain naivety, innocence and sense of adventure. My eyes were filled with wanderlust. I had left most of my possessions behind and only brought the bare necessities with me. It was scary – letting go of everything that I knew. I was afraid of the unknown. What if it was far worse than what I had?

I didn’t know what to expect. But what I definitely didn’t expect was an incredibly difficult (and still currently ongoing) Saturn Return. Life here in Japan hasn’t been easy for me. Most people wouldn’t willingly choose a hard life. But then again – most people don’t value things that come to them easily and quickly. We tend to take such things for granted and then sit by in regret when they’re gone.

And life can be so incredibly sweet at times. 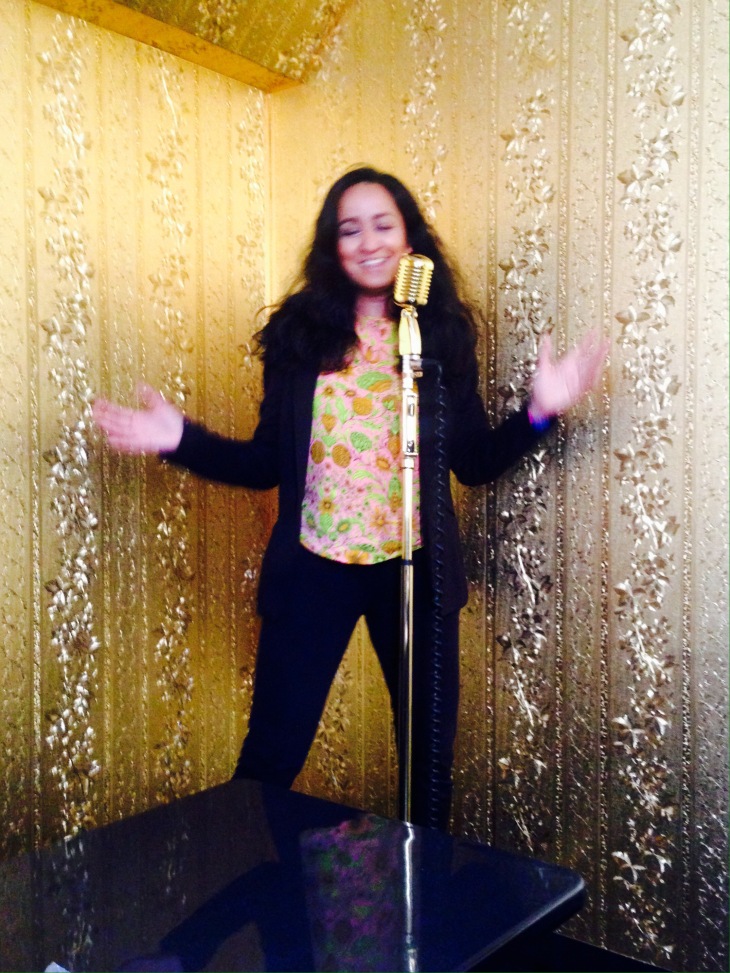 September marks three years in Japan. It’s a short time for so much to have happened. I won some. I lost some. But now that enough time has passed and old wounds have finally healed – I realise that nothing that is truly yours can ever be taken from you.

What (and who) is meant for you has a way of magically finding its way to you despite time, distance and even desire. Things that are meant to be will be. Things that are not meant to be have a way of fading away, falling apart or blowing up in flames. These days I no longer hold onto people, situations and circumstances that have run their course. Nor do I waste time trying to change present circumstances if things refuse to budge.

On that note – summer is finally here. The sun is out. The holidays are on the horizon. I’m lucky that I have so many opportunities to travel for work. I have two business trips coming up. I’ll be going someplace new as well as returning to the place where life in Japan began for me.

And then I’ll finally be taking some much-needed personal days and going to a country that I’ve never been to before. My full circle moment is coming. I wonder what it’ll feel like. I am much wiser than I was three years ago, but my eyes are still filled with wanderlust. I pray I never lose that sense of adventure.

But knowing me – I doubt I ever will.

Founder of Mith Books View all posts by Dipa

There is a certain sense of  bittersweet beauty that comes along with relating mythology or history with the life that we currently lead. Wars, epidemics, lockdowns - our generation has been fortunate to have only read about these and to have the freedom to choose if we want to imagine what life was in those times or to dismiss it as the past. But now, as our lives turn into an event that will be remembered for several years to come, like how we remember the Black Plague or the Bengal famines, it may be soothing to look back to instances like ours, where we have fought and survived. Read the full post at mithbooks.com #mythology #coronavirus #history #epidemic #blackplague #mithbooks #disasters #plagueofathens #pastandpresent #bookclub #thoughts
The concept of people packing their bags to explore new territories is as old as time itself. And despite coming from a long lineage of Gujarati merchants - I know that we are not alone in our desire to chart uncharted terrains in the names of commerce. There are others like us - from all cultures and creeds from around the world. Read the full post at mithbooks.com #merchant #travel #malacca #malaccatrip #singapore #gujarati #heritage #worldheritage #travelblogger #traveltheworld #globalization #history #straits #ocean
Courtesy of the coronavirus, many of us are on lockdown - spending unprecedented hours at home. As someone that's accustomed to being in professions where people are the heart of everything I do - this lockdown has urged me to slow down. To zone in and figure out what really matters to me. What matters to you? How has the lockdown changed your view of quality time? Read the full post at dipasanatani.com #coronavirus #lockdown #lockdown2020 #qualitytime #dipasanatani #mithbooks #zonein #selfreflection #books #stayinghome
When our life is laid down in front of our eyes, one choice after the other, it all comes down to one question - did we really lead our own life by our own rules or were our decisions just results of already decided consequences which leave us with no choice? Read the full post at mithbooks.com #thelittlelight #dipasanatani #bookreview #bookclub #fate #destiny #freewill #books #booksofinstagram #bookaholic #choices #predetermined #bookblog
What is perhaps strange about the Harry Potter series is that both the antagonist and the protagonist are like two peas from the same pod. They are individuals who are similar in so many ways - have a twisted past, absent parents, loyal friend circles and a legacy to fulfil. They each had a story within them. Yet, it is their choices that make them starkly opposite of each other. Read the full post at mithbooks.com #harrypotter #jkrowling #voldemort #protagonist #antagonist #writingtips #books #bookclub #mithbooks #bookclubsofinstagram #bookaddict #bookreview
The first taste of pure freedom. That's what youths dream about when they move from small rural towns to big cosmopolitan cities. In India, a majority of youths reside in cities like Mumbai, Delhi, Kolkata and Bangalore, which is home to a large percentage of the country's college population. Millions move to these cities for higher education and end up settling there. City life, however, quickly makes them realise that the comfort of their homes can never be replaced by the freedom they dreamt of having. With freedom comes responsibility and with responsibility comes anxiety. Read the full post at mithbooks.com #anxiety #separationanxiety #homesickness #collegelife #urbanyouth #youth #university #moving #indianyouth #mentalhealth #citylife #indiancities