I was in Omori for work today. It’s a district that’s a few kilometres south of Shinagawa in Tokyo. I was walking around when I found this little gem. Misakiya: a Singaporean bar nestled in a small street. 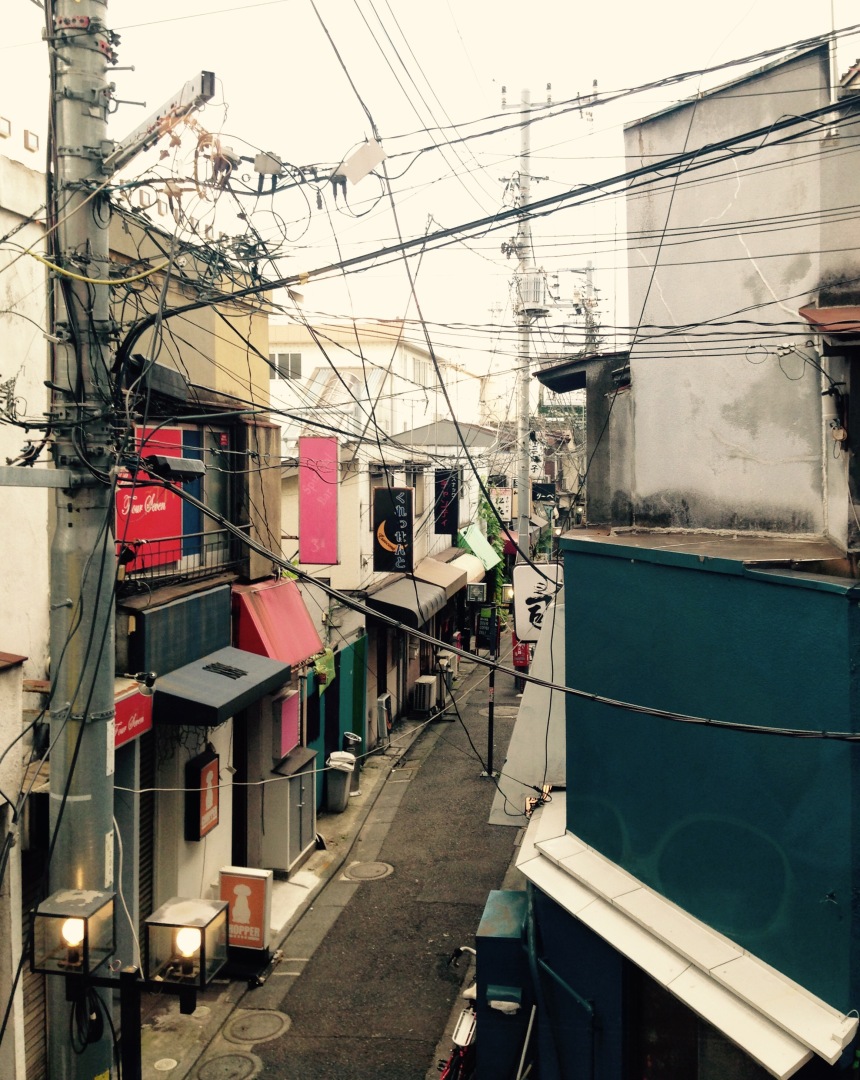 I’m a Singaporean living in Tokyo. When I find a restaurant serving wanton mee, I go inside. No questions asked. The restaurant kind of looks like someone’s living room from the 70s that’s magically been converted into a bar. I am slightly irritated and mildly amused by the Merlions that are everywhere. Really, why…?

I realise that a Japanese man is about to serve hawker fare to a very fussy Singaporean. I have ridiculously high and stringent standards when it comes to the food of my childhood. It comes with the territory. Whenever most people do something that’s foreign – they inevitably end up leaving their accent on it. It’s not a bad thing. But I know better than to expect it to taste like it does back home. I drink corn tea and munch on prawn crackers whilst waiting. 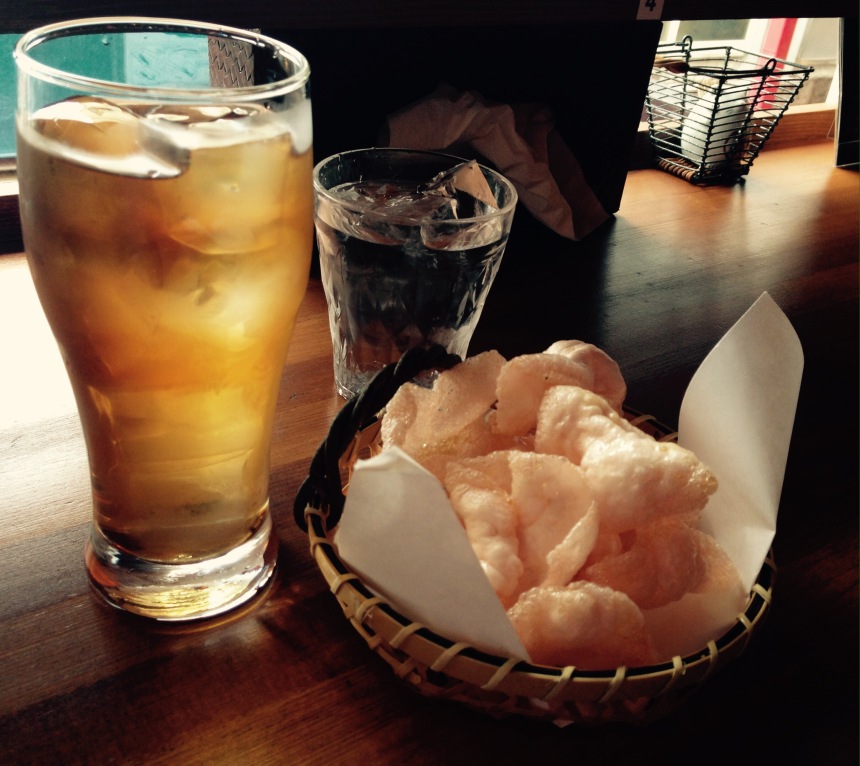 And then it arrives. And like all things Japanese it is incredibly aesthetically pleasing. But I’ve been here long enough to know that seeing is not believing – tasting is.

It was good wanton mee. It really was. The ingredients were fresh. The pork was good. The noodles were cooked to that firm yet soft perfection. When it comes to quality, I have no complaints. But… It just wasn’t Singaporean. The flavours just weren’t intense enough. Instead, it had the subtlety of the Japanese palate. The chilli that came on the side didn’t have any kick at all. The pork is not char siew and the wanton was nothing to write home about. I’m not surprised, but… 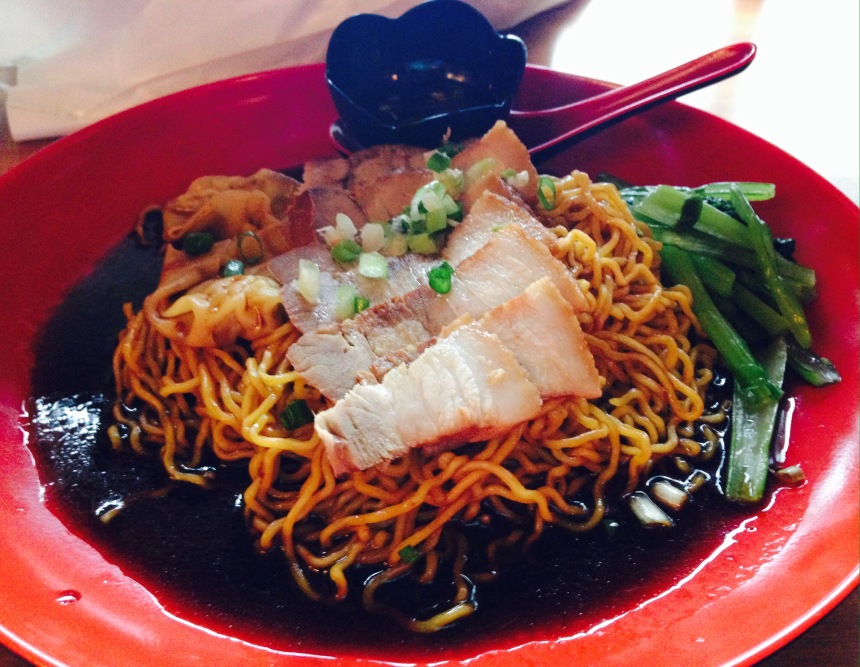 I check my watch. It’s around 5.30pm. It’s dinner time so I had to buy a drink and pay cover charge – not how I usually have wanton mee back home. But oh well. I remembered the Bah Kut Teh I had in Akasaka a couple of months back. Recreating Singaporean hawker fare isn’t just about putting the right ingredients together and saying voila I did it. It’s also about the experience – the whole sharing, caring and relaxed vibe.

I’m not a fan of this pretentious and hefty price tag that people seem to be putting on for no real reason than because it’s from an ‘exotic’ country. It’s pork, noodles, prawn crackers and some tea. Nothing fancy. Charging me 1400 (US$13) for it was a bit much. The owner mentioned that there’s no service charge for lunch – but I was just a bit… chotto des ne.

Ah well. I finish my tea. The search for the great wanton mee continues…