We Singaporeans are mad about food. Yea – we don’t have as many Michelin Stars as Japan or France – but I don’t think I’ve ever met a bunch of people so obsessed with food. And more than anything, we Singaporeans are proud of our hawker fare.

Hawker centres are ubiquitous in Singapore. If you’re a foodie and you don’t know what a hawker centre is – you’re missing out. Big time. It’s heaven on earth. Close your eyes and imagine an open-air (sometimes multi-storied) complex that houses many stalls selling a variety of inexpensive food from a melting pot of cultures.

In Singapore, these places are heavily regulated by the Ministry of Health – so it’s a much more sanitary option than street-side hawkers – which are almost non-existent in Singapore.

And Bah Kut Teh (meat bone tea) is one of those dishes that I often ate at the hawker centre growing up. It’s a pork rib soup slow cooked in a broth of herbs and spices. Despite the name, Bah Kut Teh has no tea in the soup and is a reference to the oolong tea which is ordinarily served alongside the soup. The older generations believed that it cancels out all the fat in the soup. Hmm… about that…

Singapore Bah Kut Teh in Tokyo

So when I walked past Singapore Bah Kut Teh in Akasaka, I just had to go inside. It’s a relatively new restaurant. The décor and music was a bit too hipster for my taste and takes away some of the charm of the experience. 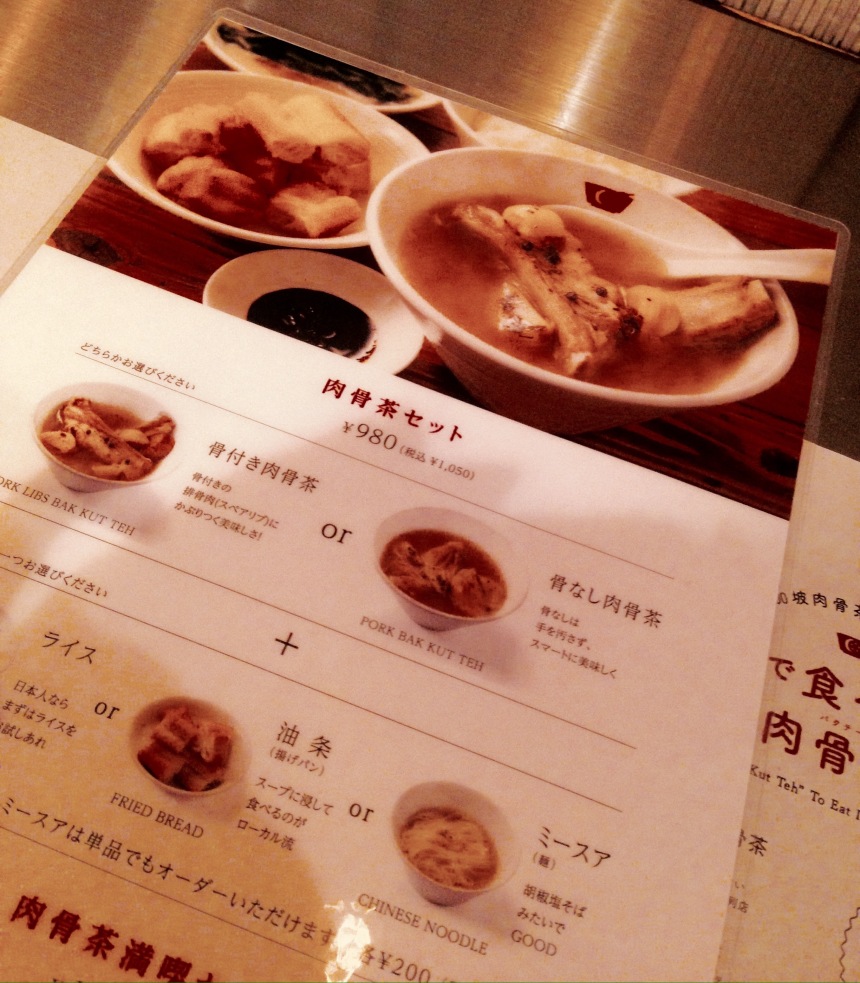 The menu has two options – the traditional pork ribs bak kut teh or just plain pork bah kut teh. And then you choose whether you want a side of rice, noodles or fried bread. I chose the bread. I was excited to eat what I thought looked like you chakwe Chinese fried breadsticks.

While I waited for my soup to arrive, I read through the instructional manual which details how you’re supposed to eat bak kut teh. The pictures deeply amused me. 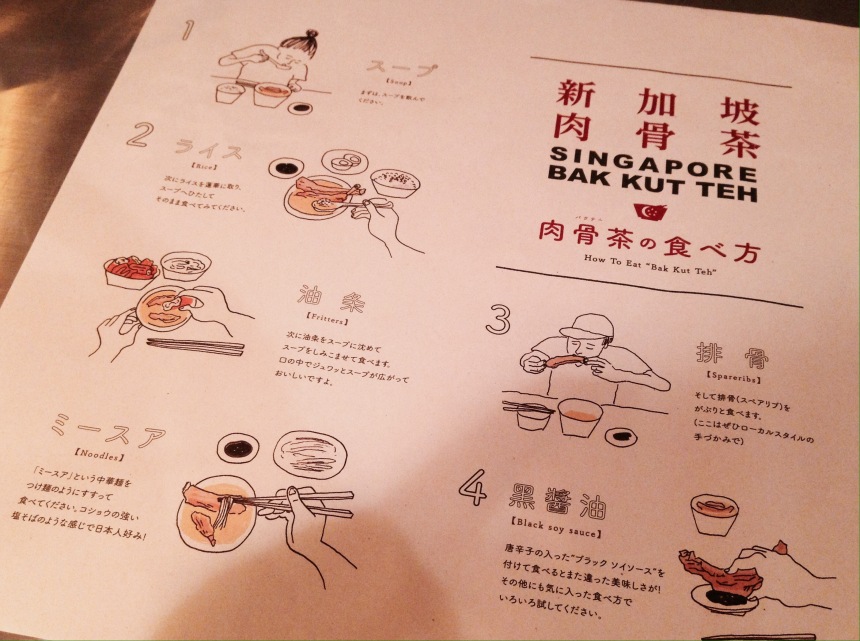 When the soup arrived, I took a sip. It was lukewarm – so I had to choice but to send it back.

So I prematurely nibbled on the bread while waiting (again). No – it was not the you chakwe I was expecting. Ah well… The soup came with a side of dark soy sauce – but I was disappointed when I noticed that there were no chilli padis small birds eye chillies that I’d had with every bah kut teh.

There was also no Oolong tea either. Hmm… about that…

Within minutes, my soup returned with a million sumimasens that is typical of Japanese customer service. I took a deep breath and filled my Chinese spoon expecting to be disappointed.

But instead, I was transported back home. It had been a long time… My heart, my taste buds and my stomach were all deeply satisfied. 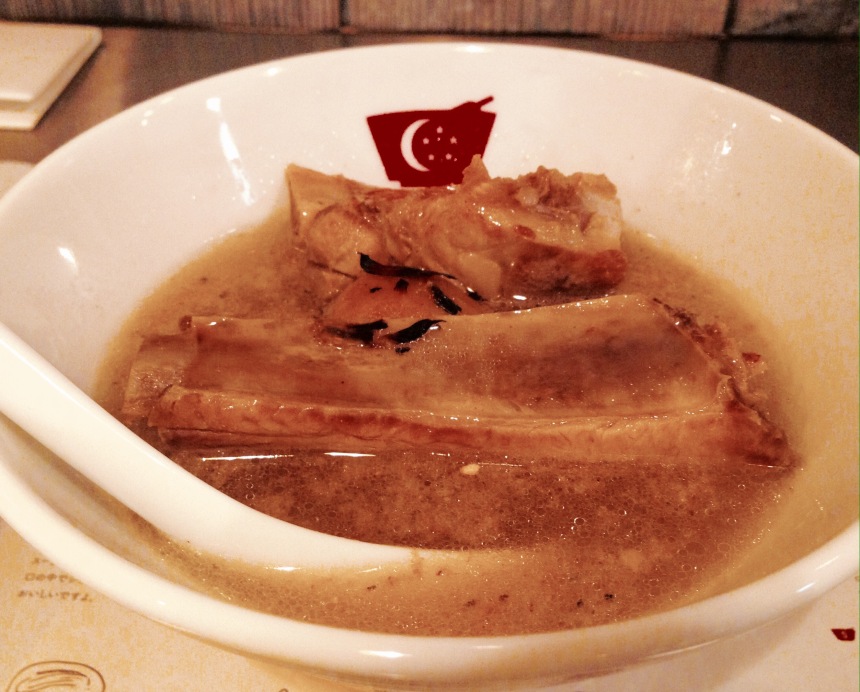 It was much more authentic than the Singaporean Chicken Rice I’d had down the street.

Whilst the bread and the decor was a bit of a miss for me – I was incredibly impressed by the soup. Was it like the soup back home? Not exactly – but it was pretty damn close.

9 replies to Singapore Bah Kut Teh in Tokyo’s Akasaka