Another day. Another ‘passenger injury’. Once you’ve been in Japan for long enough, you know that that’s just clever semantics for suicide. I’d like to say that it’s a rare occurrence but… it happens. And mostly by men. The twin pressures of having to be the breadwinner AND navigate the complicated structure of working in Japan just gets too much. Rules rules rules. Hierarchies hierarchies hierarchies.

Japan is often described as a country with the highest suicide rate amongst developed countries. I’ve been here long enough to get used to the ‘passenger injuries’ – but I still don’t understand it.

My train is stalled somewhere in between Shimbashi Station and Shinagawa Station. I’m wondering what’s going on when there’s a train announcement. The conductor apologises about five times before whizzing past the explanation in keigo: the polite and evasive honorific language that I just can’t wrap my head around.

I hear the cohesive exhalation of everyone around me. I can almost hear the silent exclamations of taihen des ne ‘how terrible’ that everyone is thinking but no one is saying.

“Did you understand the announcement?” the gentleman next to me asks me in English.

I’m a little startled. It’s not everyday someone extends this hospitality to me in Tokyo. I shake my head. Might as well make sure I heard things right. He tells me that the train’s been rerouted to another track. There will be some delays and a few stops will be missed. He asks me if my stop is one of them. I shake my head again. I thank him five times. He puts his earphones back on.

I’m secretly relieved I’m riding the Green Car. I would have hated being on Cattle Class. Too many people shoved into a small space is miserable enough without long delays. I check my watch – it’s 11.30pm. It’s been a long day. The last thing I want to do is sit on a train and contemplate the idea of suicide – but that’s exactly what I end up doing. 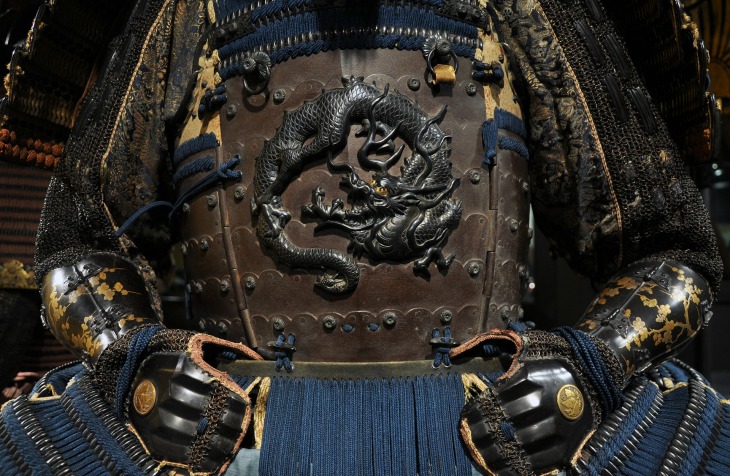 Cutting the belly – seppuku or harakiri – is a form of Japanese ritual suicide originally reserved for the samurai: the medieval military class. The purpose of Seppuku was to achieve an honourable death. The practise was sometimes used to die voluntarily rather than fall into the hands of their enemies – and likely suffer torture. At other times, it was used as a form of capital punishment for samurai who had committed serious offences or had brought shame to themselves.

The Suit of Swords

It’s the harshest suit in the Rider-Waite Tarot Deck. No doubt about it. It pierces the heart. Keeps us all up at night. Stabs us in the back ten times over. It gives us victory over our enemies. It cuts through and into anything that stands in its way.

Despite the harshness of the suit – I’ve always believed that at its core – the Suit of Swords is about the hard truths that we must learn to face if we are ever to survive and prosper in the world. At its core, the suit is about overcoming one’s inner and outer enemies so that you can achieve your heart’s desire.

To use the Sword to kill oneself? The thought is unthinkable to me.

I know I come from a different culture and who am I to judge – but there must be a better way to solve one’s problems than to jump in front of a train track and kill yourself. We always have a choice. Even if those choices are not ones that we like – we always have options. We just have to unwrap the blindfold we have on and fight for what we deserve.

I close my eyes and begin to fall asleep in my semi-luxurious Green Car seat. Another day. Another ‘passenger injury’.